There’s this cool little place called Peaked Pies in the Whistler village.  They serve Aussie meat pies and their interpretation of the pies.  They pile mashed potato and peas on top of the meat pies, and serve them with gravy.  We had the bacon and cheese one, and a chicken and mushroom one. Yum. 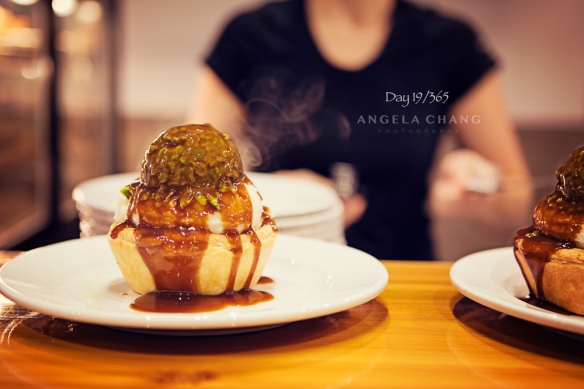 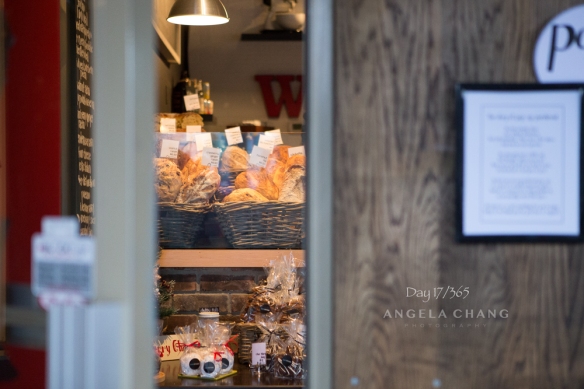 I first learned about Pure Bread at the Kits farmers market in the summer.  It’s a bakery based in Whistler.  They make the most delicious lavender and earl grey scones, and basil and blueberry scones.  There is always a huge line up for the Pure Bread booth at the markets.

While in Whistler, we went to Pure Bread everyday!  This picture is their shop at a temporary location, because there was a fire at their old shop and it is currently being repaired.

I know it has been a little quiet here.  We just got back from spending a week in Whistler as a family to relax and welcome the new year.  I have some catching up to do with editing and posting my 365 project images.  I promise to get them all up to date by the end of the weekend.

Here is day 16, what a Christmas tree would look like in the Whistler village after a few drinks. 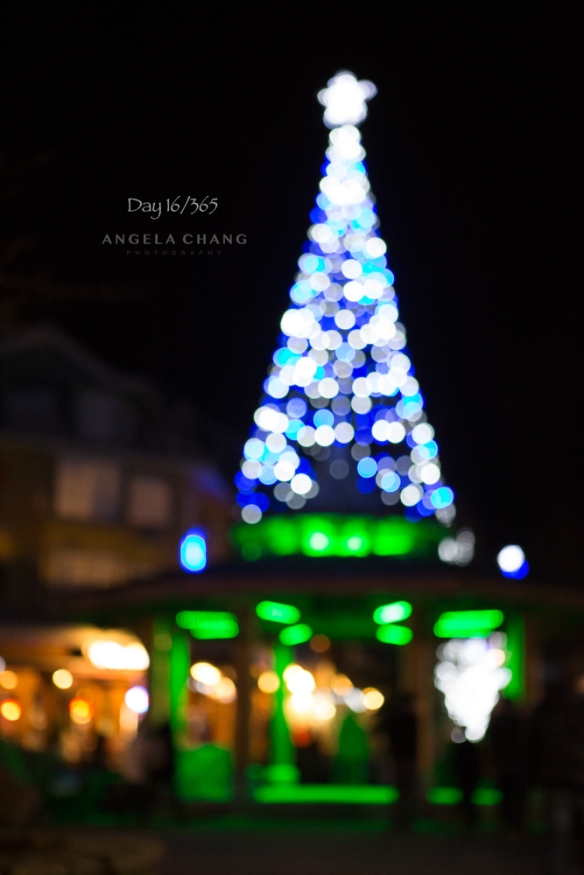 Joshua affectionately refers to our accommodation in Whistler as the “Whistler House”.  I thought it was very cute of him to do that.  Then I found out from The Chumsleys that their son referred to their accommodation in Hawaii as the “Hawaii House“.  I guess this is a common toddler language that they failed to put in the Health Canada booklet, so I was not as informed as I needed to be.

Joshua was so excited to be in a different place that he was high and wired for 5 days straight.  The place we were staying at had two levels…that means STAIRS!  Stairs!  Imagine that.  We have no stairs at home, so it’s a novelty for Joshua.  He climbed up and down that set of stairs at least 20 times a day just for fun.

There was also a bathroom that had two doors–one opens up to the master bedroom and the other opens up to the hallway.  He would run in one door and out the other, doing loops using the two doors.  That was probably the highlight of the trip for him.

Unfortunately I didn’t get to snowboard there this year, as I am nursing Savanna quite frequently.  We took Joshua to the convention centre where they had an indoor playground set up for kids, and he had a blast there.  We also did some tobogganing.  The rest of the time was spent walking around in the village, seeing some friends, watching movies, and amusing ourselves with stairs and bathroom doors.

It was a nice break from the city, and a fun time to enjoy one of the most beautiful places on earth. 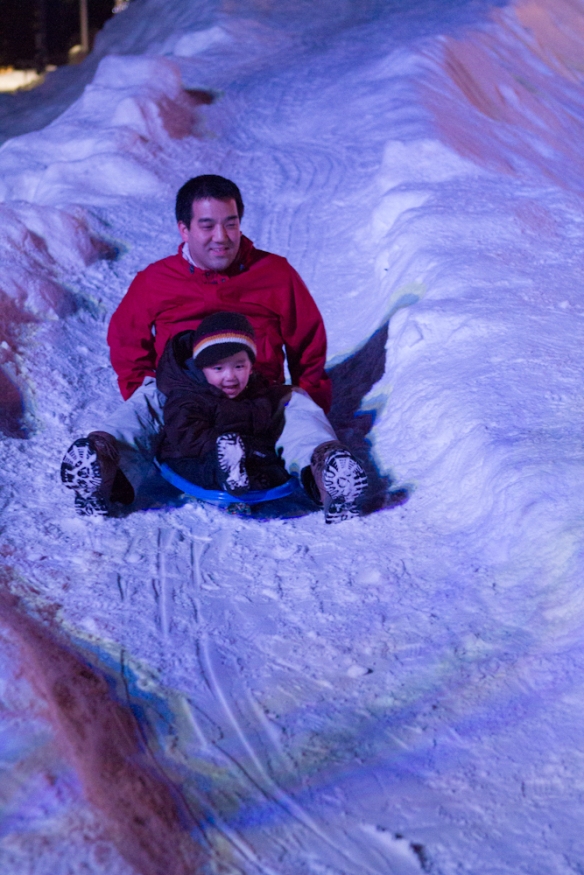 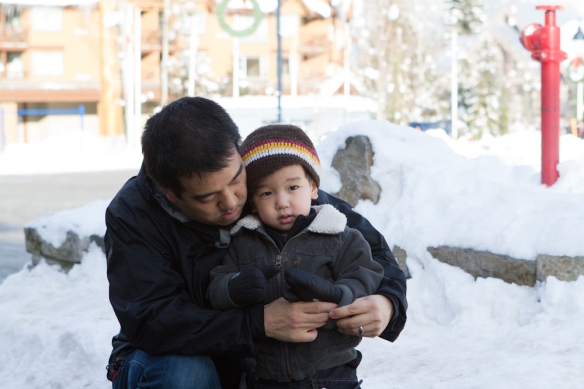 Hanging out in the village. 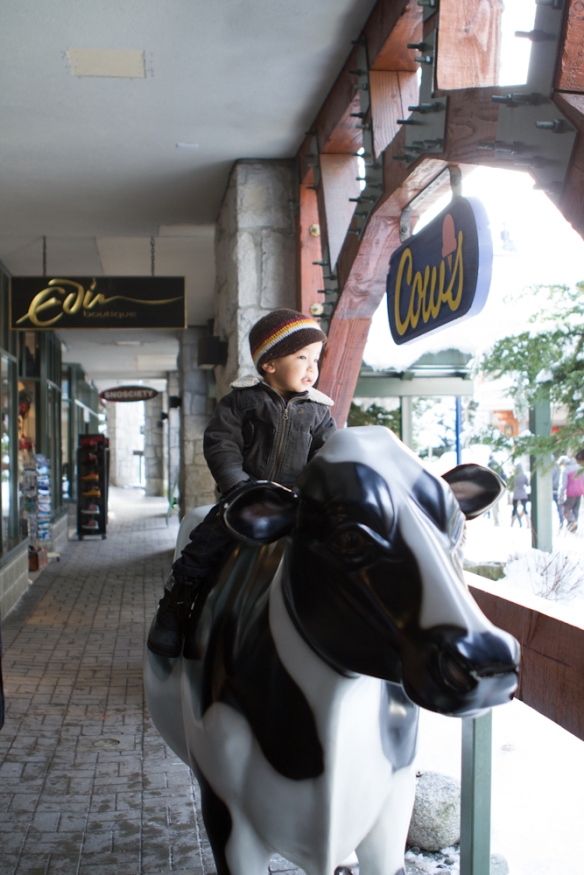 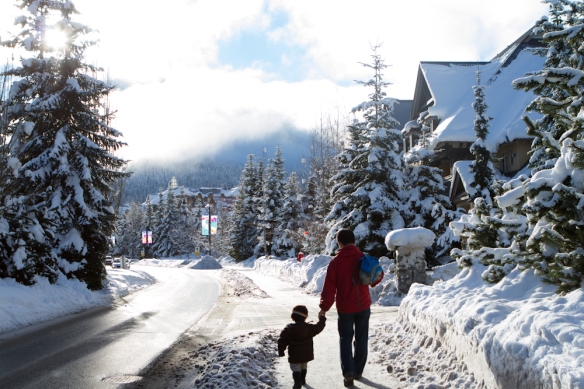 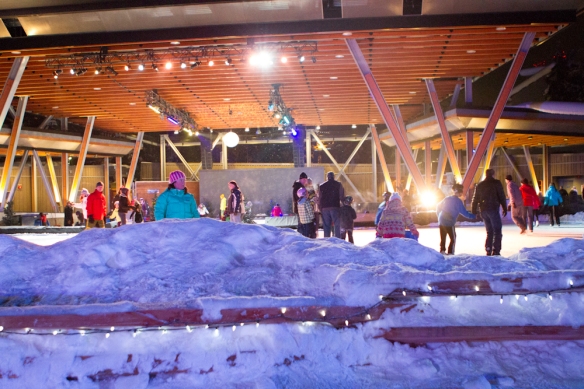 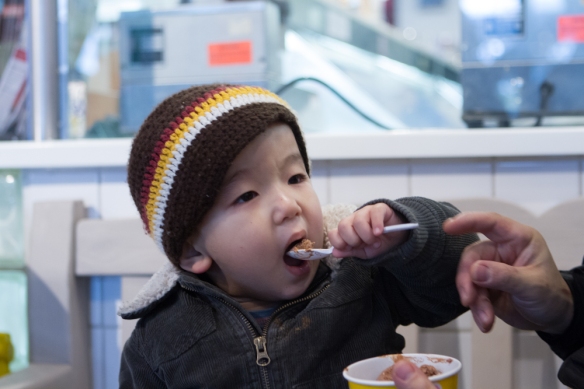