This weekend’s weather has been cold but very sunny.  We went for a stroll along the water at the Olympic Village.  It was so nice to get out, get some fresh air, and enjoy the sunshine.

I’ve been back at work for 2 weeks now.  It still feels like such a battle to go to work every morning, knowing that I’m going to miss everything Joshua does that day.  It certainly makes me treasure every minute I can be with him on the weekend.

After all the planning and sweating over the little details, Joshua’s 1st birthday party was a success.  Even though I totally forgot to get table clothes so everyone ate on bare conference room tables, I think our friends enjoyed themselves and most people liked the photo idea.

Months ago, I contemplated hard whether we should give out goodie bags at Joshua’s party.  To make nice goodie bags, the cost will be quite substantial.  So I decided against it.  I did want people to have something nice to take away and remember the occasion by, but not feel like it’s junk or a burden.  Then I had the idea that I’ll take nice pictures of everyone at the party, so they will have some good quality photos of themselves.  I bought a muslin white backdrop to use as background, and the rest was history.  After I e-mailed everyone their photos, I received some very positive feedback on them.  I think the idea was a good one!

I baked some coconut vanilla cupcakes, and Karen helped me ice them with a white chocolate icing.  I think I ate about 6 of these cupcakes that day.  They were delicious.  Lunch was just the standard fare of Chinese food from Connie’s Cookhouse.  We put out our Keurig machine with a selection of k-cups, some juice and pop, some snacks, some applesauce cups, and that completes the food part of the party.

I don’t think Joshua really knew what was going on.  He had a good nap in the morning before Cliff brought him to the party, so he was in a very good mood.  He did enjoy the Chinese food and seeing everyone.

I am probably the only person feeling sentimental about the party.  It signifies that my baby is a whole year old, a little bigger, a little grown up, and a little less dependent on mommy.  I am so proud of him, so in love with him, and so excited about his future. 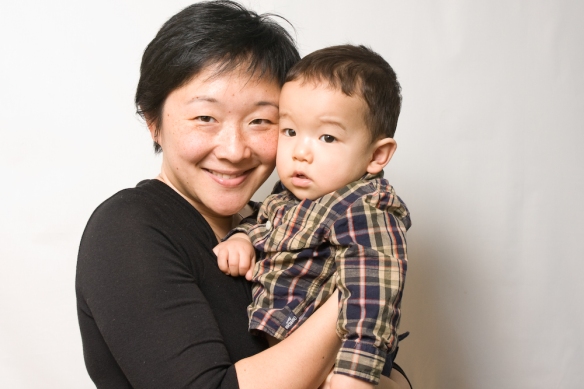 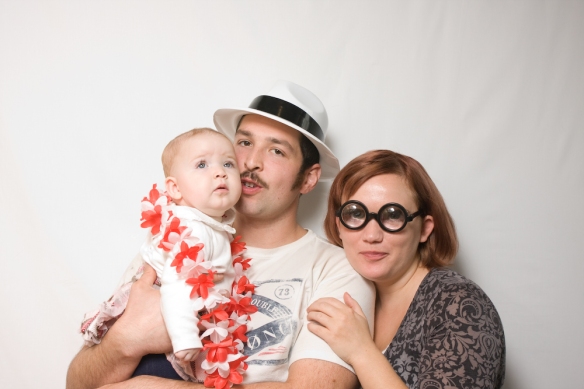 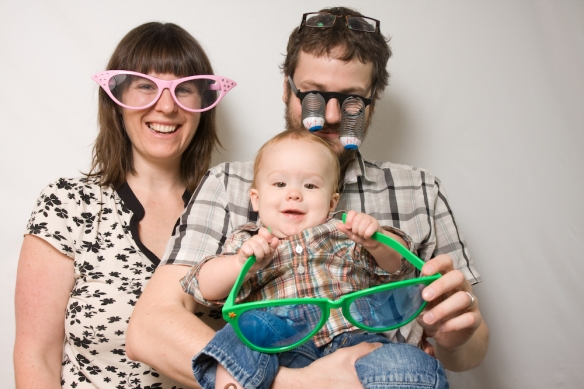 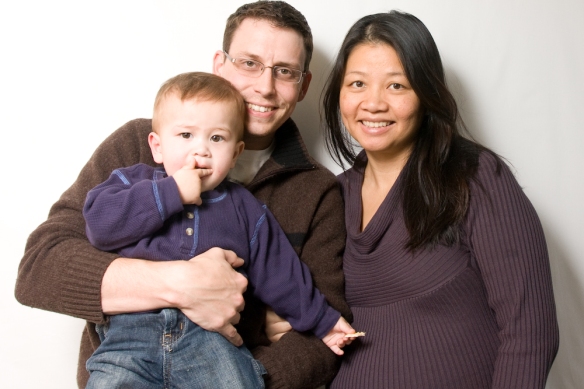 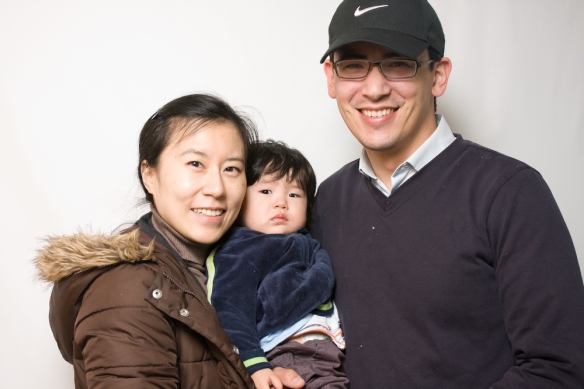 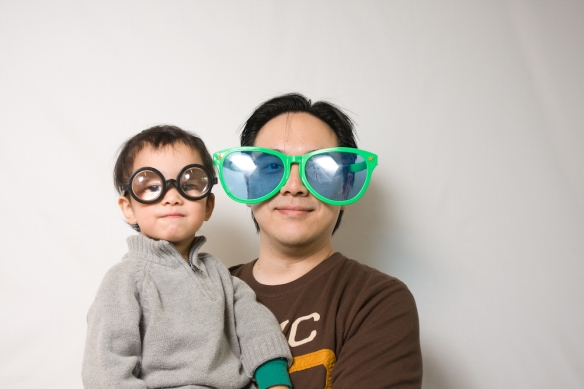 The weather has been absolutely gorgeous for the month of August.  This weekend was no exception.

We were busy all weekend.  Saturday we went to a 1st birthday party at the Creekside Community Centre.  Wow, what a great facility!  I think I’ll take Joshua there more often. He loved the play gym and all the toys.  Then we went for a Costco run and got some wild salmon to BBQ for dinner.

Sunday morning we went to visit a friend who just had a baby girl.  I held the baby in my arms while Cliff and the couple ate lunch.  I really did not want to give her back to her mom.  She was so tiny and so precious!

Then we went to the Kitsilano Farmers Market.  It was the corn carnival.  I was a little disappointed that there wasn’t a lot going on with the corn carnival other than two vendors were selling corn.  But we bought some corn anyway.

The partying continues when we then went to the block party at the park just behind us.  The businesses close by sponsored the event, so there was a huge slide for the kids, music, free hot dog and corn roast, and a few games.  There were lots of families and kids and dogs.  Oliver and Teresa brought Ainsley and Joy to join the party.  We also ran into a little girl in Joshua’s music class.  It was very nice block party!

Cliff and Joshua outside the Creekside Community Centre: