We were down in Oregon for our family vacation a couple of weeks ago, and one of the coolest things we saw were the blue sailors. Their proper name is velella velella.

They look like some sort of jelly fish, but they are actually a free-floating hydrozoan that lives on the surface of the ocean. The little sail catches the wind and gets blown all over the ocean. When the winds are strong, they get blown and stranded on the beach, where they die and give of the smell of dead fish.

I was fascinated by these things, as they were just stunning to look at. Savanna stepped on one and it was stuck to her foot, and she didn’t like that. After that incident, every time she approached one, she jumped over it. It became a little game we played. 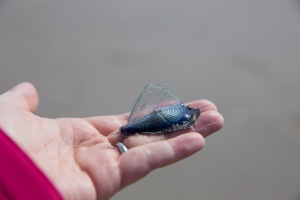 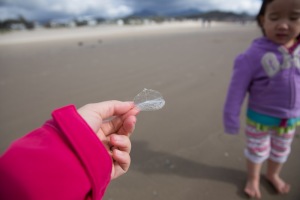 After sitting in the sun for a few days, they become transparent. 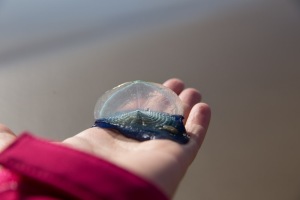 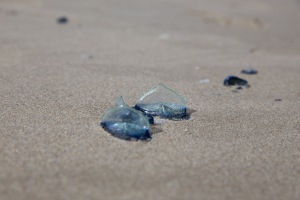 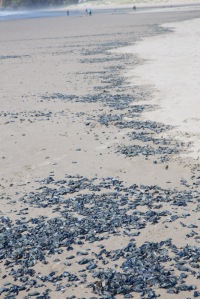