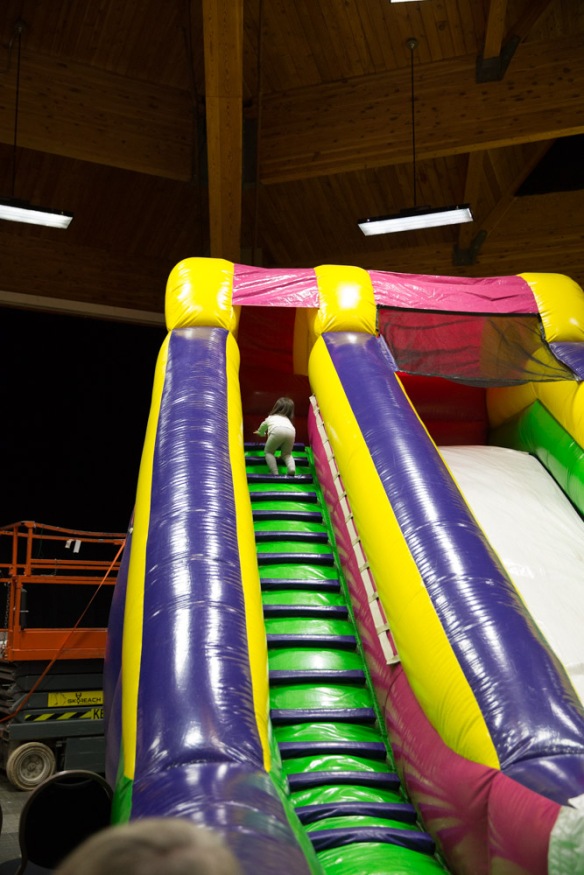 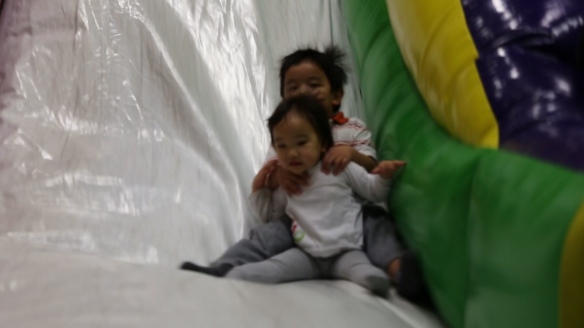 When we were in Whistler last week, we took the kids to an indoor playground. There was an inflated slide probably 15 or 20 feet high. Josh is old enough to climb up and slide down quickly.

Savanna was ambitious enough to climb up there, but she refused to slide down when she got to the top. She was holding up the line with 5 kids behind her. We tried coaxing her, the other kids tried encouraging her, and she just wouldn’t budge. She didn’t look freaked out, but I can tell she was a bit scared. I was starting to get a little anxious for the kids waiting behind her.

Just then, Josh ran by while on his way to something else. He looked up and saw Savanna up at the top of the slide, and without me prompting, said, “Oh, I’ll go up to get her!”

Why didn’t I think of that? I don’t know.

Before I know it, he has climbed to the top, positioned himself right behind her, held her, and pushed the both of them down the slide safely. And when they got to the bottom, he said to Savanna, “You did it, little girl!” with a smile and enthusiasm.

I must have been pms’ing, because I felt so emotional about this that I actually cried. My baby boy is no longer a baby. He is so confident and so loving.