For as long as I can remember, I loved motorcycles. It was a love not shared by many other people in my life. Still, I always wanted one, and dreamed of one day riding one.

The first bike I owned was an almost-brand-new Yamaha Virago. Some guy bought it and then had buyer’s remorse after a few weeks, and traded it back at the shop. I took it home with less than 600 km on it. It was a measly 250 cc little thing. For my first bike, I wanted something sensible, not too expensive, not too fast, not too heavy. 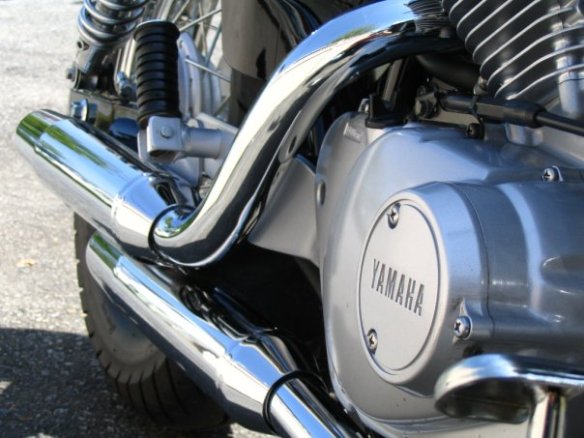 The thing with a “sensible” bike is, I was bored of it after 2 months. A 250 cc engine is fine for riding around in the city, but lacking on the highway. I rode everyday of the week, and was getting comfortable enough to want a bigger bike. I sold it to a lady from Vancouver Island. She met me at the ferry terminal and took the shiny bike home.

Next, I bought a 1988 Honda Hurricane 600 from some kid in North Van. It was my first sport bike. The original color was white and grey. Whoever re-built the bike painted it yellow and grey. I loved that full fairing look. Now I’m officially “cool” because I’m riding a sport bike.

I rode the crap out of that bike. I rode to Squamish after work at least 3 times a week, and up to Duffy Lake maybe once a week. I also rode this thing to Prince George, Calgary, a trip to California all over western Washington, and a couple of times on the Island. I also hit the pavement for the first time on this bike up in Sechelt. I think I will always look back at this bike as my favorite. It was so forgiving, comfortable, and all around just a fun bike to ride.

Once I started to plan a cross-country trip, I had all these ideas in my head that the Hurricane won’t make it. It had 78,000 km on the clock, which is quite a bit for an old bike. Looking back, the bike was performing flawlessly. A new set of tires would have been enough to get me across the country. Nonetheless, I was young and stupid and lusted after newer and prettier things. I sold the Hurricane in favor of a much newer sport touring bike–the 2004 Yamaha FZ6. 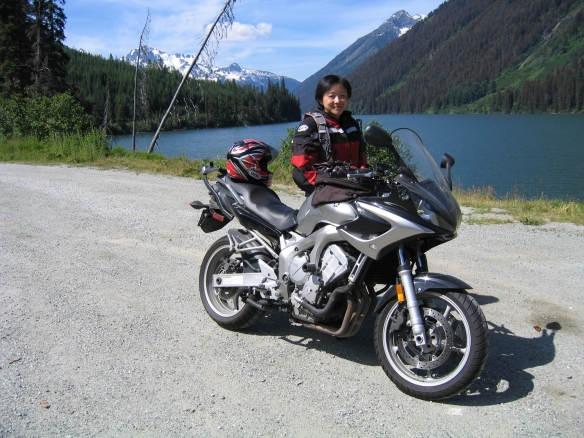 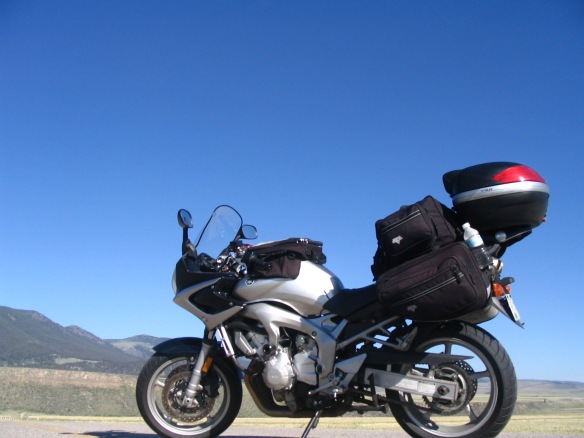 I took the FZ6 across the country. It had a touring shield, a hard Givi case, and I added a set of Nelson Rigg saddle bags and duffel bag. I took this baby across the country and rode over 6,000 km in 10 days.

Even though this bike was shiny and beautiful and we went through a lot together, I wasn’t in love with this bike. It just always felt cold to me. Like there is no soul. There was no connection. It was a flawless machine, but that was it.

Then I get the idea that I might ride up to Alaska. I was then on the hunt for a dirt bike that will take me there. I went through the trouble and imported a Suzuki DR400, owned it for all of 2 months, barely rode it, then sold it because I had change my mind about Alaska.

At the rate I’m going through bikes, I am just surprised that Cliff hasn’t divorced me.

Then I want to get out of sport bikes because I felt like I was getting old. I wanted a “dual sport”, which is good for both road and dirt riding. I watched the “Long Way Round” series and I was totally inspired to ride one of those bikes. Even though I was 34, I was acting like a 5-year-old. I wanted whatever I saw on TV. So I sold the FZ6, flew down to Oregon, and rode this 2001 BMW Dakar home. 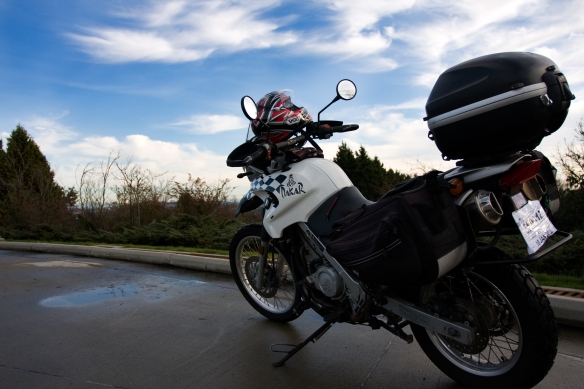 I didn’t have much saddle time on the Dakar. We adopted Sam. We got into hiking, went to hike the Inca Trail and climb Kilimanjaro. The next summer I went to volunteer in Botswana for a month. Life was busy and I was away a lot. And then the biological clock started to kick in, and I wanted a baby.

I sold the Dakar when I was 3 months pregnant with Joshua in my belly. I watched the buyer ride the bike away and cried. I loved that bike, and would have totally kept it. But we were in a very new territory in our lives, I didn’t want to have to keep and maintain a bike for an indefinite amount of time.

For the next four years, my life was turned upside down (in the most amazing way) by two little human beings. Earlier this year, I finally felt like we’re in a place stable enough to start thinking about riding again. So I bought a 2009 BMW F800ST. It’s the biggest bike I’ve ever ridden with an 800 cc engine. I love that it is fuel injected and a belt drive. The less maintenance the better! 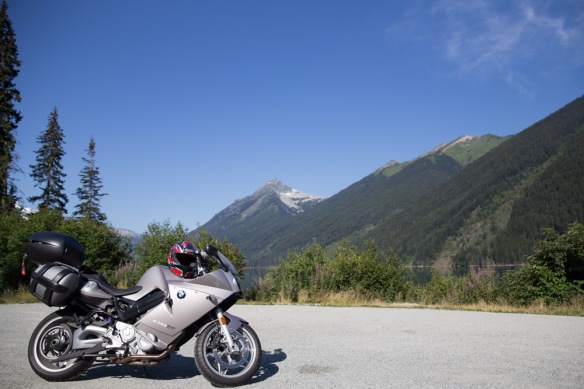 So far this bike has been up and down the coast a decent amount, as good as schedule with two kids allow. I do enjoy how low maintenance it is. It is certain refreshing to not clean up chain lube around tire rims anymore.

There you have it, a round-up of my babies.