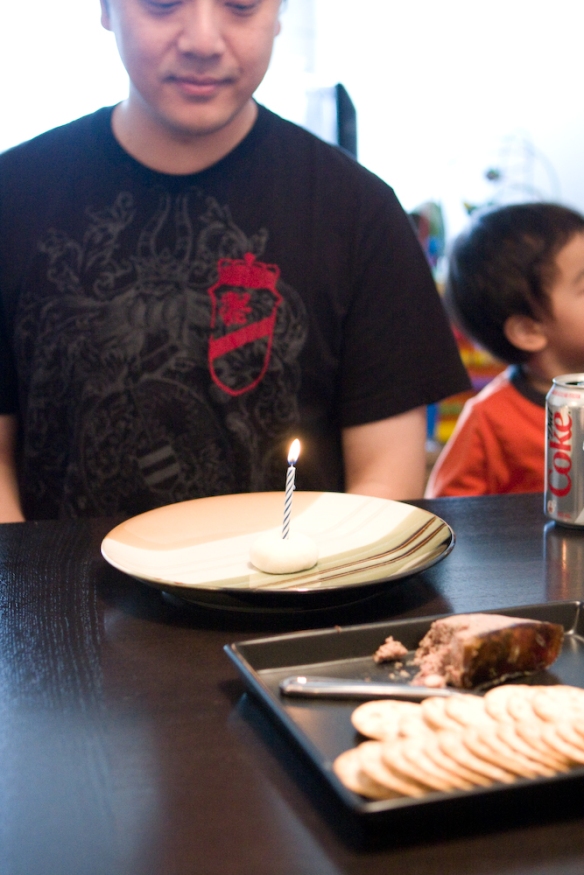 My brother is 2 years younger than me.  For the first half of our lives, I was bigger than him, and took pleasure in being able to push him around when necessary.  Then all of a sudden he grew taller and bigger, so it was no longer fun for me to try to sit on him and tickle him.

He was probably the best playmate I’ve ever had.  We invented games and can play for hours in our own little world.  We collected little cubes of sugar and hid the cubes under our desk to suck on after lights out.  When he was little, he didn’t like to eat, but I sure did.  So I often enjoyed eating his portion.  One time I brought home a little turtle, hid it in a bucket under my desk, away from my parents because they wouldn’t let me have a turtle. My brother kept the secret for me for a long time.  Sometimes we hung out on our balcony, using our binoculars to look into our neighbor’s apartments and comment on their lives.

My brother was also a pain in the butt.  One time we had a fight about something, and he came into my room after I had gone to bed and stabbed me with a safety pin.  And one time the situation called for him to lie to cover for me, but he just went ahead and told the truth, causing me to receive a good beating.  He was very often sick, especially when we were on vacation.  One time when we were in Thailand, he had vomited so much that they  had to take him to the hospital by ambulance.  I remember many late nights and weekends spent rushing to doctors for his various sickness.

My brother is a sensitive soul.  In kindergarten, one time he came running to my class with huge beads of tears coming down his face.  He had to bring an empty egg shell to class for a craft project, and ended up crushing the shell by accident.  He was so sad that day and I felt so bad for him.  In elementary school, one time his classmate broke a pencil case my dad bought for him.  He pouted all night over it and told me how upset he was because it was something he treasured.  And only recently I found out that he was very upset 25 years ago about my mom putting his favorite panda bear in the washer and hung it to dry.  Apparently you’re not supposed to throw a favorite stuffed animal in the washer than hang it like it’s a worthless piece of clothing.  When my first nephew was born, I saw my brother’s tenderness and patience towards his son.  Then when my second nephew was born 6 weeks too early, I saw an even more soft side of my brother when he held his baby in the NICU.

It was easy to take my brother for granted when we were younger.  But when I contemplated if Cliff and I should have more than 1 child, I think of how much I appreciate having a sibling to grow up with, and I want Joshua to have a sibling too.  It makes life so much more interesting when you have somebody to play with, fight with, go through life with, and you can have conversations that start with “remember when mom and dad said THIS to us” or “remember when we got punished for THAT”.